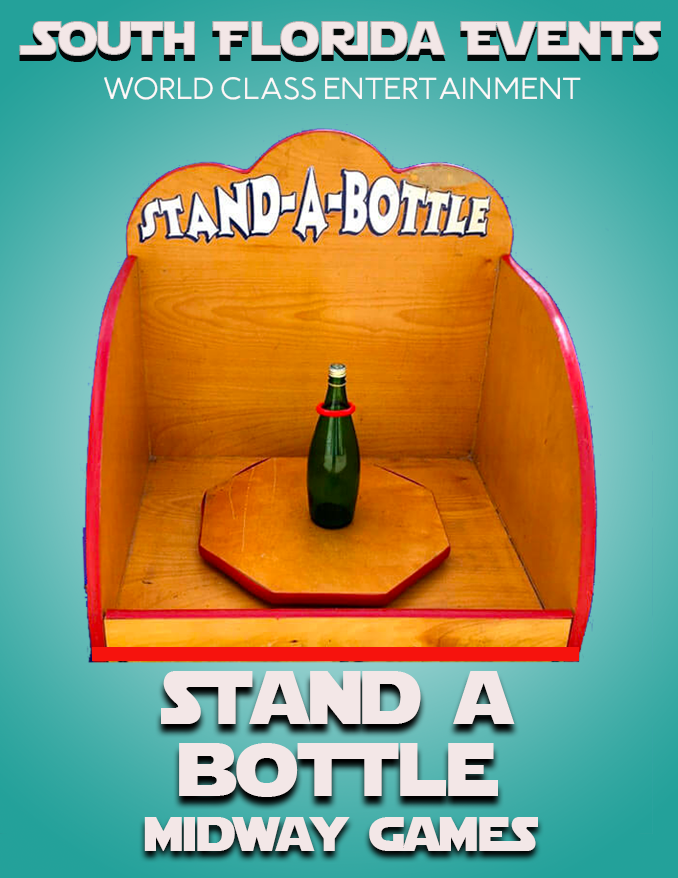 Everyone has had a moment where they stand and observe a fellow carnival patron trying to stand a bottle up from a horizontal position to win a prize. It seems easy and you giggle to yourself as you watch them fail again and again until they run out of spending money or simply give up. You think to yourself, “I could do that easily!”

The player seems to be using all of his or her concentration to move their fishing pole to just the right spot in order to ring the neck of the bottle. It sways back and forth and proves to be a lot tougher than expected. Over and over the player’s patience is tested as the ring hits the side of the bottle and simply refuses to go around it.

Then it happens. The player finally rings the neck of the bottle and lets out a sigh of relief. But it isn’t over yet. He or she has to gently raise the bottle to its upright position without it falling back down and landing horizontally again. They ease the bottle up ever so slowly, just to watch it fall back down.  They are so mad that it appears to be falling in slow motion!

Tempers flare, but they know they have the skill and concentration to get the job done. One more try, and they nail it! They pull the bottle up with ease as onlookers cheer and a grin appears across the players face. Determination paid off and it is time for them to pick their prize!

There are a lot of carnival games that appear to be easy, and prove to be the same. This isn’t one of them. It is truly a game of patience and concentration. In a loud fun-filled environment, it is hard to put your full concentration into the task at hand. Even though you try, you still may fail. But that is the chance you take!

Stand a Bottle – Delighting Guests
Have your guests test their skills at your next event with our Stand A Bottle game. It is a slower paces game when compared to other carnival games, but it is still sure to get a rise out of your guests! Whether they are determined to beat the game, or to beat the time of another player it will be gun for all involved. Those that think it is easy will be sure to test their luck!