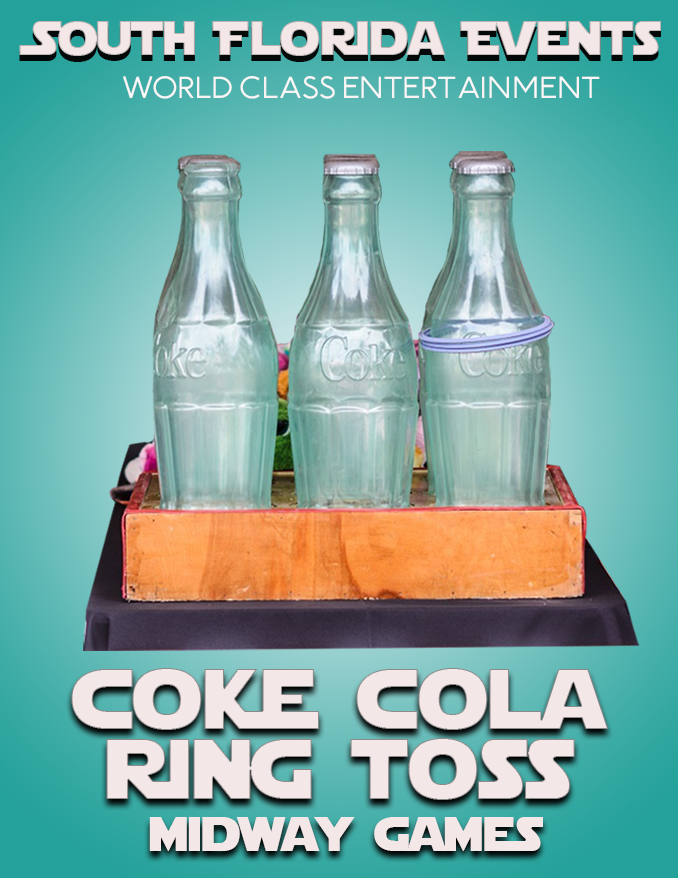 Over the years, the classic game of ring toss has gotten quite a few makeovers. It is still just as fun and requires the same amount of concentration, but the appearance has changed. At one event, you may see colorful rings that need to be thrown over bottles of different sizes. At the next event, the rings may have to be tossed over something different all together. The idea of the game remains the same, but the way in which it is played varies based on the theme and skill level. Bottles aren’t always used, but that is how the game started for sure!

Guests will test their patience and coordination as they aim for the bottle, and slowly toss the ring, hoping it will stop in just the right place, ringing the bottle. If they are lucky and actually hit the bottle, one question still remains. Will it stay on the bottle? If you toss it with too much speed behind it, it may bounce right back off! It truly is a game of skill, and not many will be able to call themselves a winner. But, that just makes it that much more interesting. If you win, you are truly skilled!

The sizes of the bottles (or other instrument used) and the amounts of rings given per turn may vary. This results in a different skill level requirement. The spacing between bottles may also change depending on the game board. For some, bottles placed farther apart from each other are easier to ring, and for others compacted bottles make it easier as it allows for the “bounce” effect.

When it comes to ring toss, we stick to the typical version. We have a Coca Cola Ring Toss set up traditionally, allowing for fair and fun play by all. While skill an concentration are still the ideal assets when it comes to playing, this version will get you the most winners. With the Coca Cola bottles and traditional set up, we are truly making it a classic!

All ages are encouraged to test their luck and coordination to get the rings over the Coca Cola bottles, and have them stay on the neck of the bottle without bouncing back out. It may seem difficult at first, but with practice you will be a pro in no time. Guests that take part in the game may find themselves trying again and again each time they pass by a the carnival!